The League Of Legends Riftwalk Returns: Here’s Everything You Need To Know About It

July 4, 2016
Esports News·Events
by Rachel Perry
EsportsBets.com > Events > The League Of Legends Riftwalk Returns: Here’s Everything You Need To Know About It As we announced earlier this month, the NA LCS Summer Finals are headed to Toronto. We’re now excited to announce that the Riftwalk will also be making its way to Canada.

The Riftwalk first debuted at Pax East, providing League of Legends enthusiasts a glimpse at some of the impressive achievements and artwork throughout the history of the game. After its initial success, Riot stated it would make further stops in 2016 all across North America, and Toronto will be up first.

For those unfamiliar with the Riftwalk, we’re here to get you all caught up on the details.

What exactly is The Riftwalk?

Participants will be able to explore the map of Summoner’s Rift itself, embarking on an expansive journey that takes you through the beautifully designed pathway. The Riftwalk includes photo opportunities alongside notable aspects of the map (like Baron and dragon). Concept art, cinematics, cosplay, and exhibits will also be on full display.

Decorated with foliage, mist, and dimmed lights, the only thing missing will be those pesky bugs. The realistic exhibit has such a beautiful atmosphere, you’ll soon forget that it was man-made.

Throughout your journey, you’ll be able to stop and take a three-slide .gif image of yourself, holding the weapon of your choice. Stop by Baron to take a picture of you alongside the statue. Finish it all up with your picture next to the 12-foot Thresh statue.

Participants can interact with almost all the artwork, statues, and props. The Riftwalk will also be providing RFID-embedded wristbands (just like at PAX East) that will allow users to take photos and instantly sync it to their accounts. That means all photos and videos taken via tapping the Riftwalk wristband can be saved directly onto your device or shared to social media outlets, like Facebook and Twitter.

Tapping the wristband at every station during the Riftwalk will give you character artwork and other bonuses right into your Minimap app.

To make the experience even more immersive, Riot will be bringing back the quests available on the League of Legends Minimap. Quests include taking a photo alongside the various statues, taking photos at the photo booth, and even visiting the Cospitality Room.

At PAX East, completing all of the mini-quests entered you into various raffles (including for a signed poster by RinTheYordle and other custom-made art). There’s no information yet if similar rewards will be offered at the NA LCS Summer Finals.

Below is a quick recap of the artists on display:

Riot will also be partnering with Stoopid Buddy Stoodios and 4 Itchy Tasty! Cosplay to bring their stunning, 12-foot tall Thresh sky puppet back to The Riftwalk.

Participants will be able to take an exclusive photo that places them inside Thresh’s lantern.

Other events at the League Community Expo

In addition to the Riftwalk experience, attendees will be able to participate in additional Expo venues:

In addition to the artists on display, additional artwork from community artists will be featured. This includes artist bios, meet-and-greets, and even a graffiti wall to which participants can add their own artwork.

Another huge aspect of the Summer Finals will be the cosplay event. Cosplay is when League of Legends enthusiasts design costumes and then showcase their skills.

Professional photography and areas designated for just cosplayers will also be available.

Steve Wang and Alliance Studio’s newest creation, an epic, life-like statue of Lucian, will also be on full display. A

lliance Studios worked closely with Riot, utilizing splash art, in-game models, animations, lore, and even fan art to get the light-slinger looking as menacing as possible. The Lucian statue is approximately 9’6” tall and weighs 600 pounds. 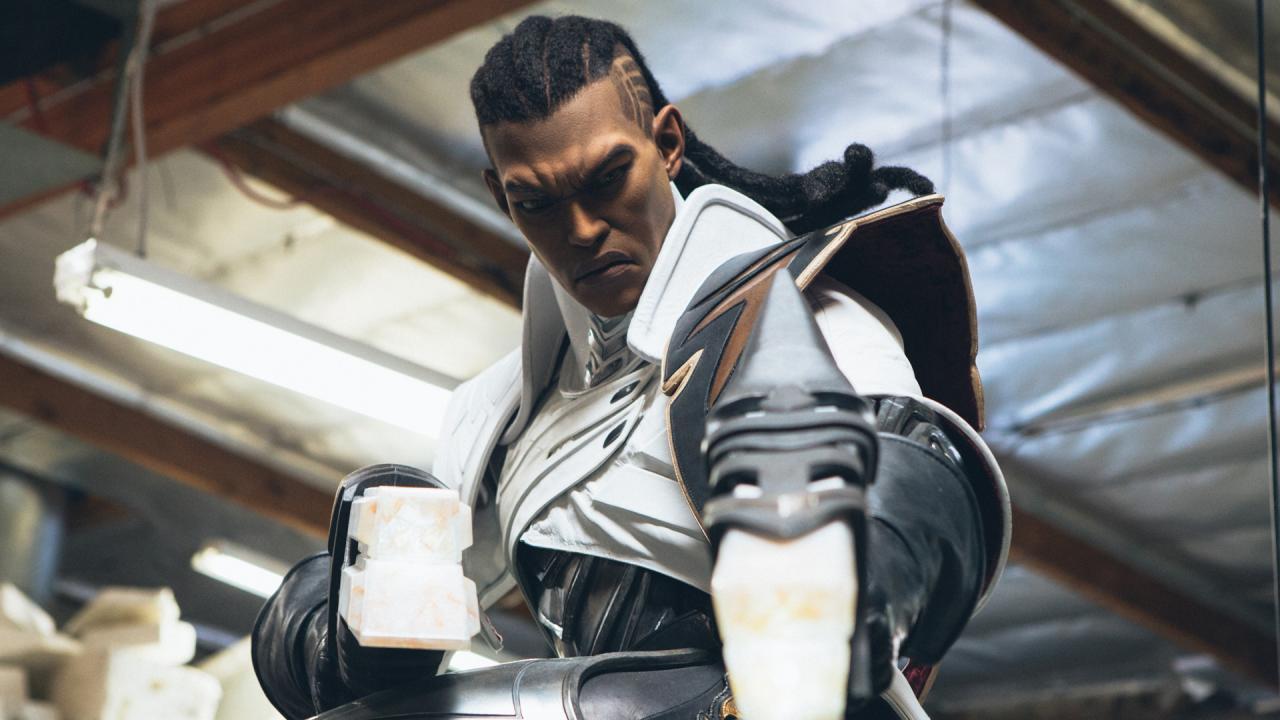 It’s important to note that tickets will not be sold on-site. EventBrite will be selling tickets for $5 each.

If you’re already attending the NA LCS Summer Finals at the Air Canada Centre (and have pre-purchased your tickets already), there will be a discount code on your Ticketmaster confirmation that can be used via EventBrite to fully discount your Expo ticket (yeah, we’re talking free).

Tickets are limited to four per household. When purchasing your ticket via EventBrite, you must select a reservation time. This is only for the Riftwalk experience.

This will help Riot make sure that the Riftwalk will run smoothly, decreasing wait times (an issue they had at PAX East). The rest of the expo will be accessible to all ticket holders anytime during open hours.

All future updates will be covered on the Expo’s Facebook event page, so make sure to check back there for up-to-date info and final details. You’ll also want to stay tuned on lolesports.com for info on the Summer Finals schedule and Air Canada Centre experience.

EsportsBets.com > Esports News > The League Of Legends Riftwalk Returns: Here’s Everything You Need To Know About It